The skills that Stephanie developed as a criminal lawyer translate well to other areas of law, and in recent years, Stephanie has put her advocacy skills to work for clients in the areas of civil litigation and family law.  When appropriate, Stephanie believes in resolving matters collaborativly and without the costly expense of litigating in court.  When resolution is not possible however, Stephanie's courtroom skills serve well in all areas of contested litigation.

Stephanie is an active member in good standing with both the Law Societies of Alberta and Saskatchewan.  She is also a member of the Criminal Trial Lawyer's Association.

In addition to her work as a lawyer, Stephanie is actively involved in the community.  Since coming to Cold Lake in 2010, Stephanie has been involved with the Lakeland Centre for FASD, an international leader in FASD diagnostics, support and education.  Stephanie currently serves as the Chair of the Board of Directors.

Stephanie is the mother of three young girls and is committed to  raising the profile of women in our community and awareness of the unique issues they can face.  She was one of the original committee members who helped develop the Cold Lake Woman of Influence Awards in 2012 and has been involved with the committee since then.

​Stephanie sits on the School Community Council at her daughter's school and is actively involved in various fundraising projects to benefit the school.

To book an appointment with Stephanie, please call our office at 780.594.7151 or email her assistant Katie at kkonechny@tdlaw.ca. 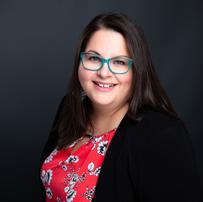 Born and raised in a small town in central Alberta, Stephanie moved to Edmonton to attend university.  She completed both a Bachelor of Arts in Criminology and her law degree at the University of Alberta.  After completing her schooling, Stephanie articled and then started her practice with a well respected criminal defense firm in Edmonton.

Stephanie moved to Cold Lake in 2010 to take over the criminal practice at Todd & Drake.  Since that time, Stephanie has practiced predominantly in the area of criminal law.  She has extensive trial and appellate experience and has appeared in all levels of court in both the provinces of Alberta and Saskatchewan.   Stephanie has developed a reputation as being a zealous advocate with empathy for her clients.